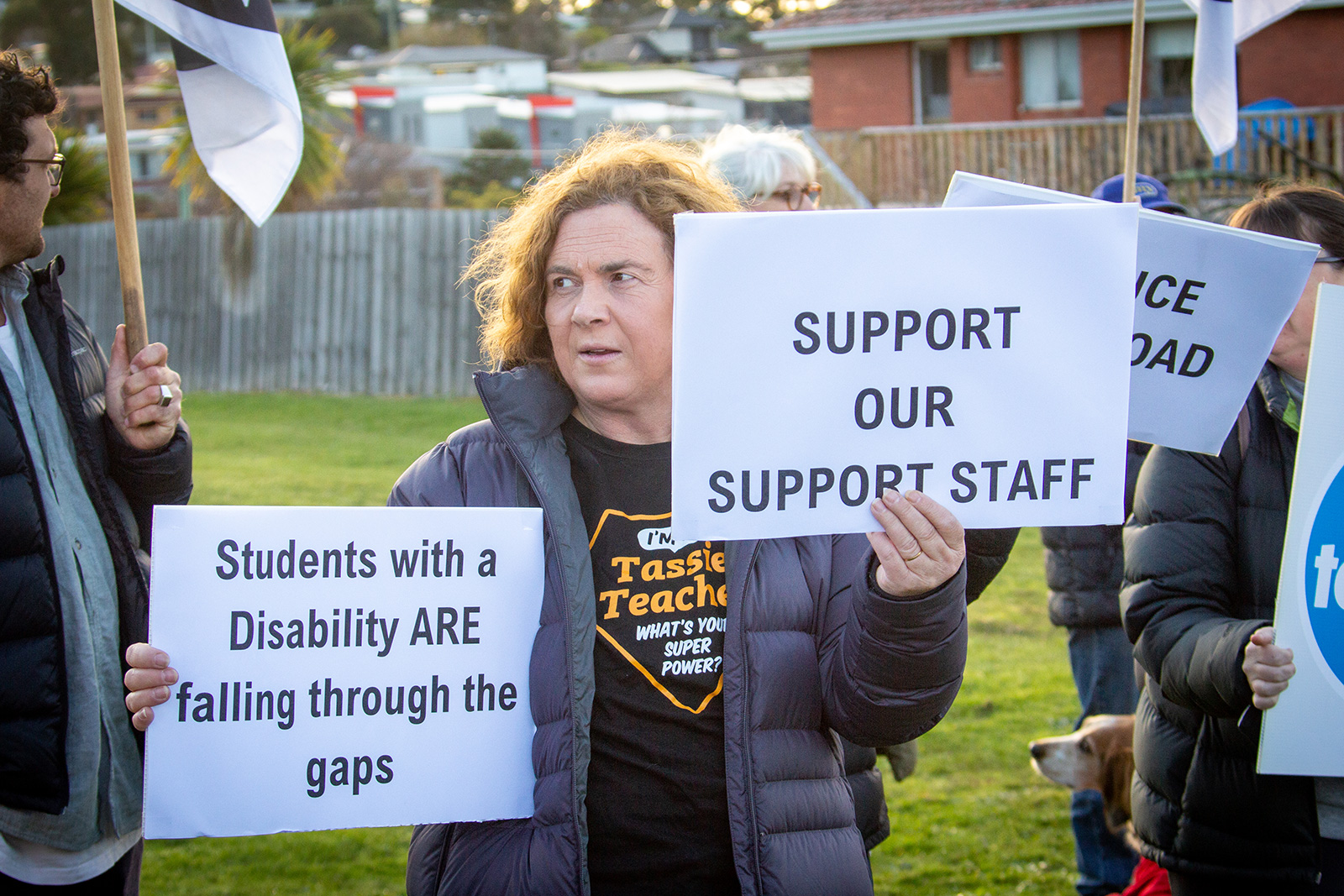 Teacher Assistants, who principals highly value but struggle to recruit, will be stopping work alongside their teacher colleagues on Wednesday [28 September 8.30 to 10.30am] to demand respect and fair pay.

The AEU surveyed principal members this week and it showed that 93% of school leaders described Teacher Assistants (TAs) as “very important” and two out of three principals, or 74%, reported difficulties filling TA vacancies.

Schools reported vacancies of up to 14 full-time Teacher Assistant positions.

Teacher Assistants are the lowest paid educators and are “stood down”, without pay, for 12 weeks per year.

A majority of principals (81%) believe Teacher Assistants should receive paid holidays, like other staff, and employed for 52 weeks of the year. Over three quarters (80%) of principals believe “stand down” is an inappropriate employment practice.

Over 90 percent (93%) of principals surveyed want schools and colleges to be provided with consistent and adequate funding that would allow for permanent, ongoing employment of Teacher Assistants.

“I’ve taught in schools for 20 years and I know first-hand the value of Teacher Assistants and quite simply schools couldn’t run without them,” said David Genford, President of the AEU Tasmanian Branch.

“The survey shows principals value TAs and don’t agree with the unfair employment practices that force the lowest paid educators to survive from one school term contract, to the next – indefinitely,” he said.

“If schools are to recruit and retain the Teacher Assistants required then they need competitive pay and an end to stand down – not just a one-off sugar hit payment to paper over the cracks.

“The State Government is dragging its feet on the other urgent issues that TAs have raised such as increased allowances for health care procedures, laptops for those without computer access and improved access to professional learning.”

Teacher Assistants have spent years calling on the Government to value their contribution to schools and student learning by ending the unacceptable use of unpaid stand down.

The recent pay offer from the Rockliff Government does nothing to tackle unpaid stand down, and along with their teacher and principal colleagues, Teacher Assistants are fed up with the ongoing inaction and disrespect from Government.

Despite Government threats to dock their pay for attending meetings, Teacher Assistants will stop work on Wednesday joining the call for urgent action from the Premier to address the public education crisis.