The Tasmanian Government is pushing ahead with its ideologically driven privatisation model for TasTAFE which will be disastrous for students and local industry as ‘fees go up and quality goes down’, the AEU said today. 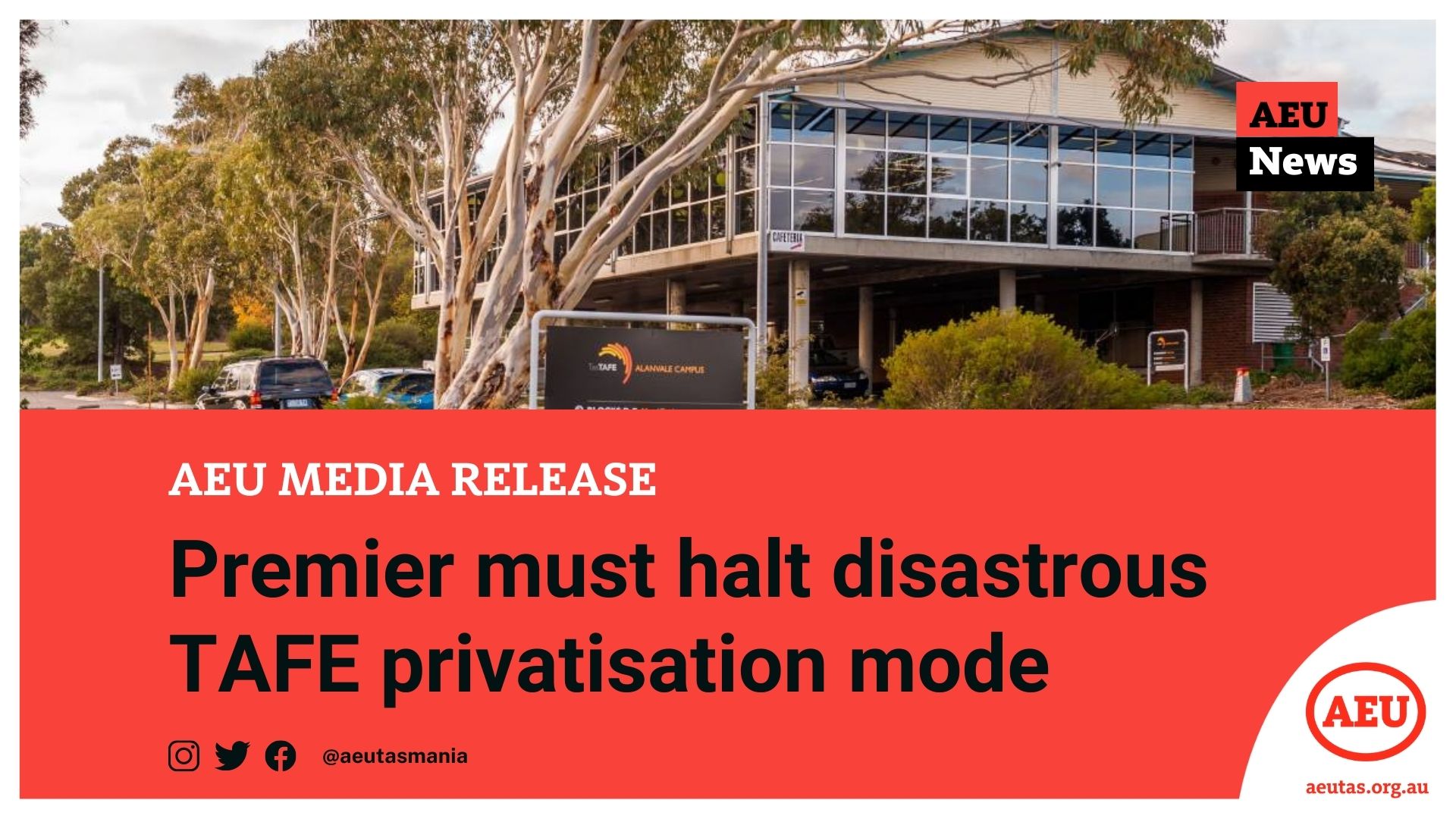 The Tasmanian Government is pushing ahead with its ideologically driven privatisation model for TasTAFE which will be disastrous for students and local industry as ‘fees go up and quality goes down’, the AEU said today.

“The release of the draft legislation shows the state government is hell bent on stripping TasTAFE, piece by piece, starting with hiving off its workforce from the Tasmanian public service and forcing them into Fair Work – the jurisdiction for private sector employees,” he said.

“In the middle of a pandemic, a tradie shortage and a teacher shortage the Government wants to make working in TasTAFE less attractive, making it even harder to attract and retain teachers who are welcomed by industry with open arms and open wallets.

“We’ve seen how these ideological agendas play out in other states like South Australia and NSW where their TAFEs have been decimated by course cuts, widespread job cuts, campus closures and big fee increases for students.

“As TAFEs are downgraded it clears the way for private training providers who have been notorious for charging high fees and delivering poor quality, unaccredited training which is bad for students and their future employment prospects.”

“A privatised model of TasTAFE will be disastrous for our most vulnerable students in regional areas who are the least able to afford fee increases,” he said.

The Government outlines in a glossy brochure eight elements of change but the legislation released only deals with “Employment powers” which is an ideologically driven move to eject TasTAFE teachers from the Tasmanian public service and shunt them into Fair Work.

Premier Gutwein has been lauded for his pragmatic, rather than ideological, approach to handling the COVID-19 pandemic and the AEU calls on him to apply this same logic to the management of our vital public training provider and to stop this privatisation push.

“There was no credible evidence in the Premier’s PESRAC report released in March to warrant this radical attack on TasTAFE and nothing has been presented since,” he said.