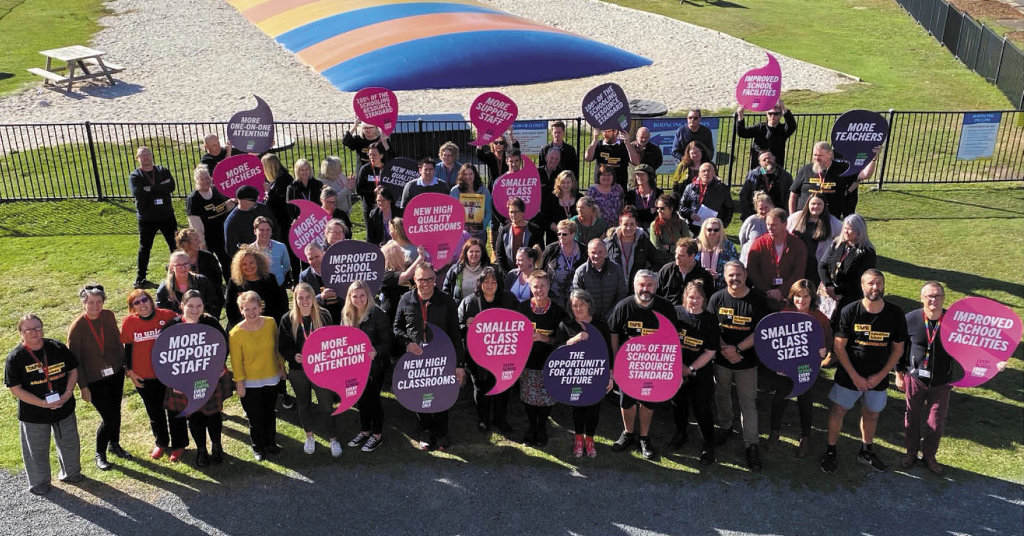 Education cuts and neglect from the Morrison Government have created mounting pressure on the State Budget to deliver adequate resourcing for Tasmania’s students, the Australian Education Union Tasmania says.

The union of teachers and school staff this week presented its ‘Lifting Learning Priorities’ for the 2022-23 State Budget to the Tasmanian Government, which included 18 items Branch President David Genford said couldn’t be ignored.

It comes after the Morrison Government’s recent Budget slashed $33.7 million in funding allocated to Tasmanian public schools over the next three years.

The mammoth cuts are devastating news for Tasmanian public schools that are already underfunded by $1289 per student every year – over $70 million in total annually.

Teacher shortages and a lack of professional support staff such as school psychologists have added to COVID-19 disruptions and teachers are at breaking point, Mr Genford said.

“It is unacceptable that our students continue to miss out because Scott Morrison’s cuts and neglect leave them below the minimum Schooling Resource Standard [SRS],” he said.

“The best thing for our State Budget would be a change of Federal Government to one that is committed to properly funding our schools so every student, no matter their background, gets a quality education.”

Under Scott Morrison, the Commonwealth government has capped their public school funding to just 20 per cent of the minimum Schooling Resource Standard[SRS] while providing 80 per cent of the SRS for private schools.

Mr Genford said the federal funding cap, cuts and neglect leave the Tasmanian Government needing to find over $70m per year to ensure every Tasmanian child has access to high quality education.

“In the absence of stronger advocacy to achieve a higher federal contribution to Tasmanian public schools, it is the Rockliff Government that must ensure every public school is funded to 100% of the minimum standard,” he said.

“Mr Rockliff has a choice – stand up for Tasmanian students and families or continue to put politics first and support Scott Morrison’s cuts and neglect.”

“We need an immediate increase in professional support staff such as school psychologists and social workers to meet the ever-growing needs of our students,” he said.

“More in-class support is also needed for our teachers who are grappling with what many are describing as the worst teacher crisis Tasmania has ever seen.”