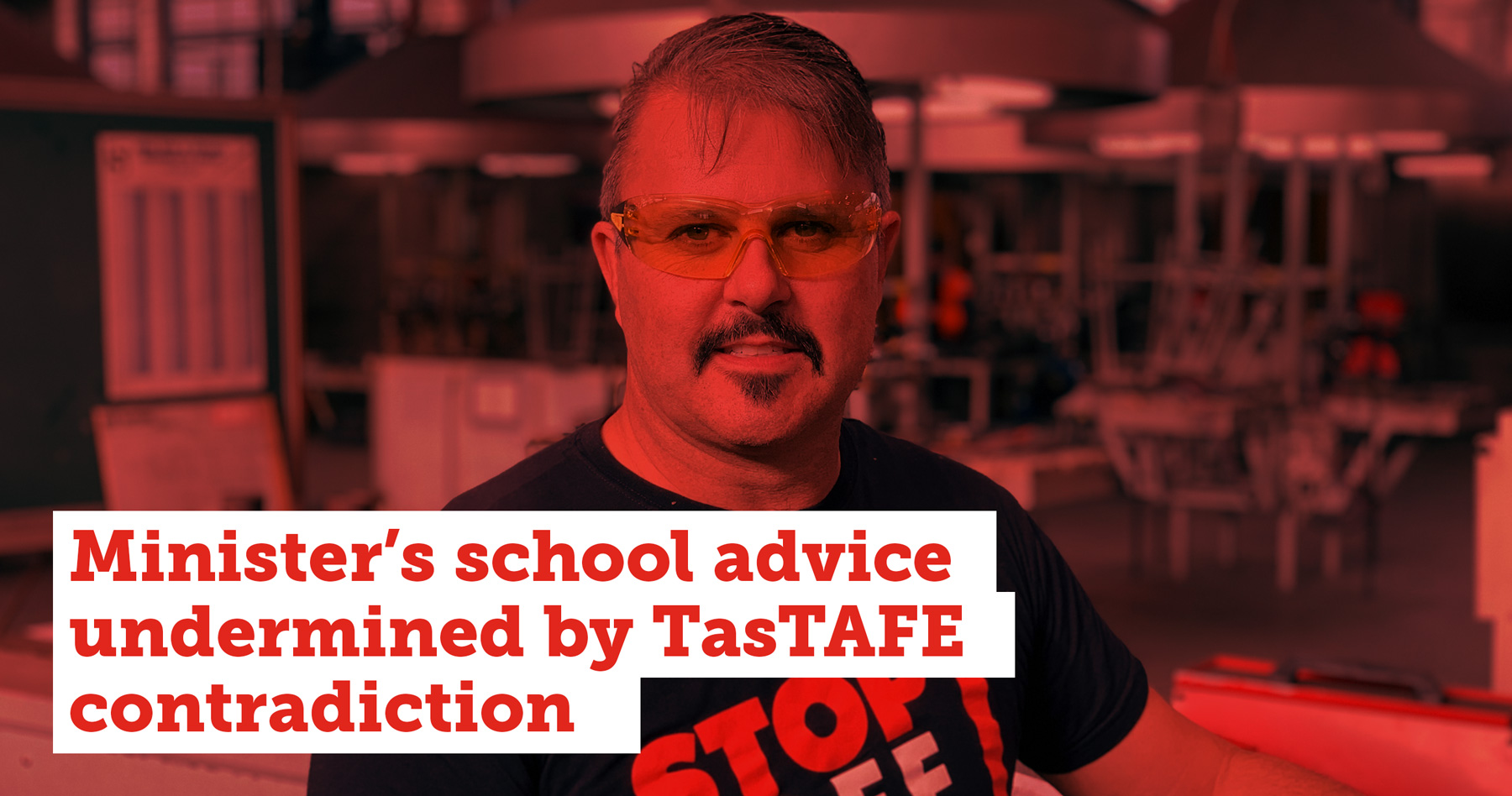 “The public health advice couldn’t be clearer and teachers, support staff, principals, students and parents in our schools and colleges are doing what is required to keep our community safe,” said Simon Bailey, TAFE Division President of the Australian Education Union Tasmanian Branch.

“Meanwhile, the Education Minister is allowing public health advice to be ignored on TasTAFE campuses – with staff and students who have recently returned from Victoria and South Australia attending classes and workplaces.”

“The public health risk at TasTAFE is the same or even greater than at schools and colleges – allowing public health advice to be ignored undermines the work of schools, colleges and wider community to keep us all safe.”

Public Health has advised Tasmanians not subject to quarantine who have been in Victoria or South Australia on or since July 8 to limit their movement in the community. The advice states: “Limiting movement means that people should try to reduce interaction with other people in the community as much as possible and leave their premises as little as possible.”

“The Department of Education has acted quickly, consistent with the advice, in directing staff and students affected by the Victorian and South Australian travel advice not to attend schools and colleges this week.”

“In contrast, the advice to TasTAFE staff and students recently returned from declared high-risk areas has them attending campuses every day this week, interacting with each other in classrooms, workplaces and across the facilities.”

“Many TasTAFE students are socially active and will hardly believe socialising is any more risky than attending class – if community spread of COVID-19 occurred among TasTAFE staff and students as a result of this, we are now four days into the week and the Minister would have some serious explaining to do.”

“The Minister must act quickly to bring TasTAFE advice into line with public health and the Department of Education and direct staff and students recently returned from Victoria or South Australia to work or learn from home where possible and not attend campuses.”

“The inconsistent advice highlights the risk of the Gutwein Government’s plan to privatise TasTAFE into an independent business with a profit-making focus – if TasTAFE ‘independence’ means they don’t follow the advice of Public Health and Department of Education, it’s hard to see how TasTAFE will retain a focus on community benefit under the proposed privatisation model.”