How TasTAFE has helped shape a community childcare centre 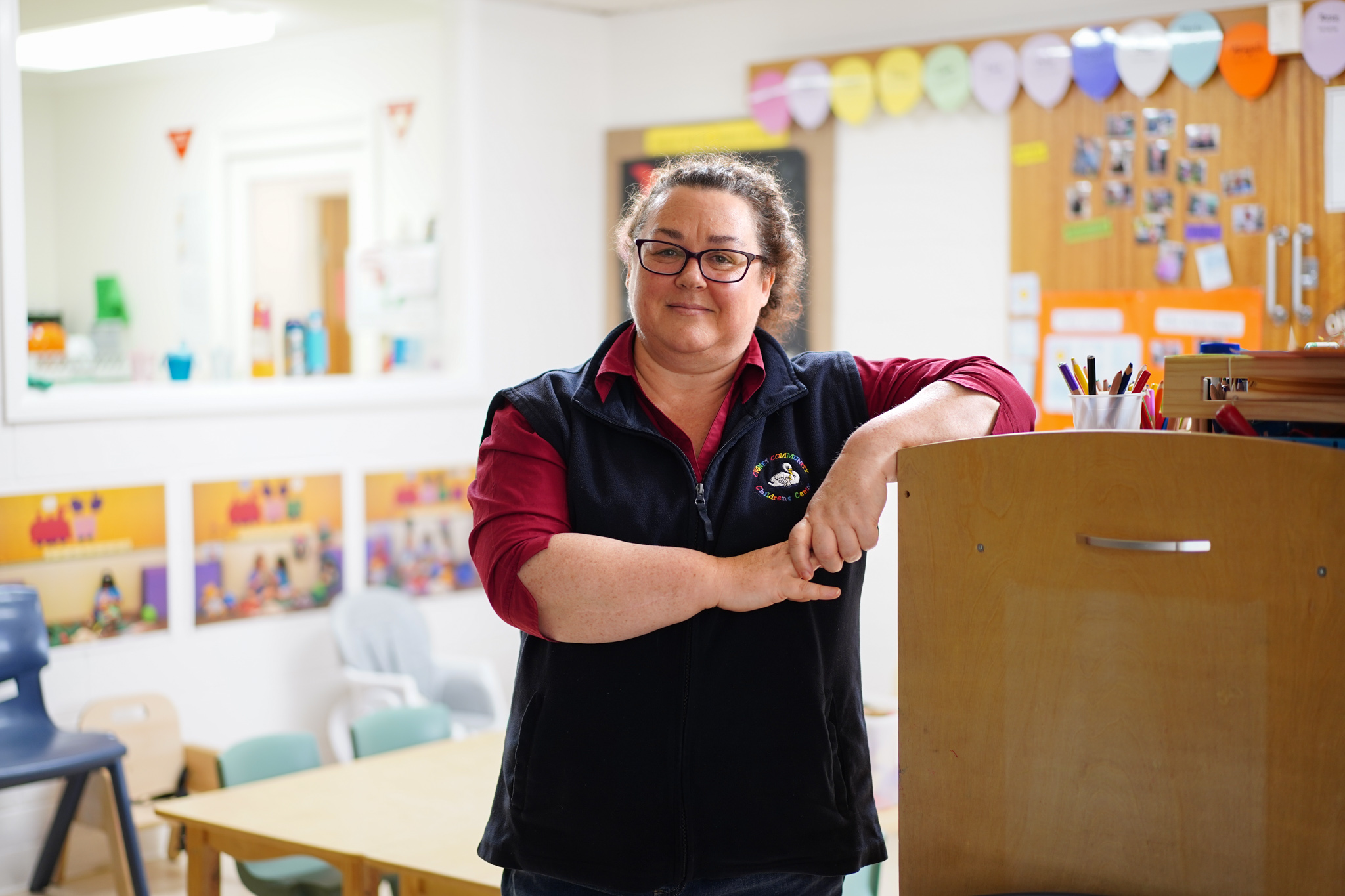 “I’ve always asked trainees to enrol through TasTAFE, because we’ve known the quality of the teaching we would get – it’s always been consistent. We’ve known there was no chance we’d get ‘tick-and-flick’ results,” she said.

“We have had a number of students from a range of providers over the years – and some have been brilliant – but the most consistent service we’ve had has been from TasTAFE teachers.”

Ms Conley of Cygnet Community Children’s Centre said the childcare sector – which is facing a shortage of 30,000 educators by 2023 according to the Australian Children’s Education and Care Quality Agency (ACECQA) – is “dependent on people graduating with a high level of academic ability and an extremely high level of practical application of knowledge”.

“The only way that works is if the student intake and the training is high,” she said.

“There are problems with this within our sector – not all [registered training] providers are doing that, but we’ve consistently had that from TasTAFE.”

The difference between TasTAFE training and that of an RTO?

“It’s about how they [TasTAFE teachers] work with their students,” Ms Conley explains.

“My experience with TasTAFE is that the teachers develop a relationship with the students.

“The teachers know their stuff – they have an in-depth knowledge of the sector and how the information they’re sharing is implemented.

“They can tell the difference between someone who understands what they’re writing about, and someone who is trying to bluff their way through.

“TasTAFE teachers call the students out when they’re not achieving what they should. If the student hasn’t done something right, the teachers send them back to have another go at it, and its always done in a way that builds the students up.

“I’ve never had to deal with TAFE students who complain about their training provider or the teachers they’re working with.

“My experience with TasTAFE teachers has always been consistent. If I call up and speak with a TasTAFE teacher saying I’ve found a student interested in enrolling, the next time I speak with that teacher they’re ready to enrol the student and the processes are nice and easy.

TasTAFE childcare teachers are not immune to the State Government’s disastrous proposal to privatise the public education institution.

All TasTAFE teachers face worsened conditions under the plans which would see teacher employment shifted from the State Service to the private sector Fair Work Act.

“I strongly discourage people enrolling online with mainland RTOs because we’ve had many employees come through with bad experiences,” she said.

“We have a trainee at the moment paying twice for a Diploma through an RTO because they couldn’t get out of a contract where they were failed for saying something was incorrect that we knew to be fundamentally correct – they tried to withdraw from that training provider but couldn’t because of the contract.

“I’ve known people that have taught at TasTAFE, and there’s no doubt teaching education is challenging at any level, but we are so dependent on training providers that don’t exist for the purpose of creating profit.”

“The fundamental nature of government is to provide service. If not, then what do we elect them for?

“Selling off services has never worked for anyone, except the companies that make a profit out of what should be essential services. If you lose control of that as a government, then what have we got?

“If you have someone come into your workplace who doesn’t have the knowledge they’re supposed to because their training hasn’t been done, well, that’s a risk.

“We allocate two educators in each room. If one of those educators doesn’t know the things they need to know, safety becomes a major concern. The risks for the children are massive.”