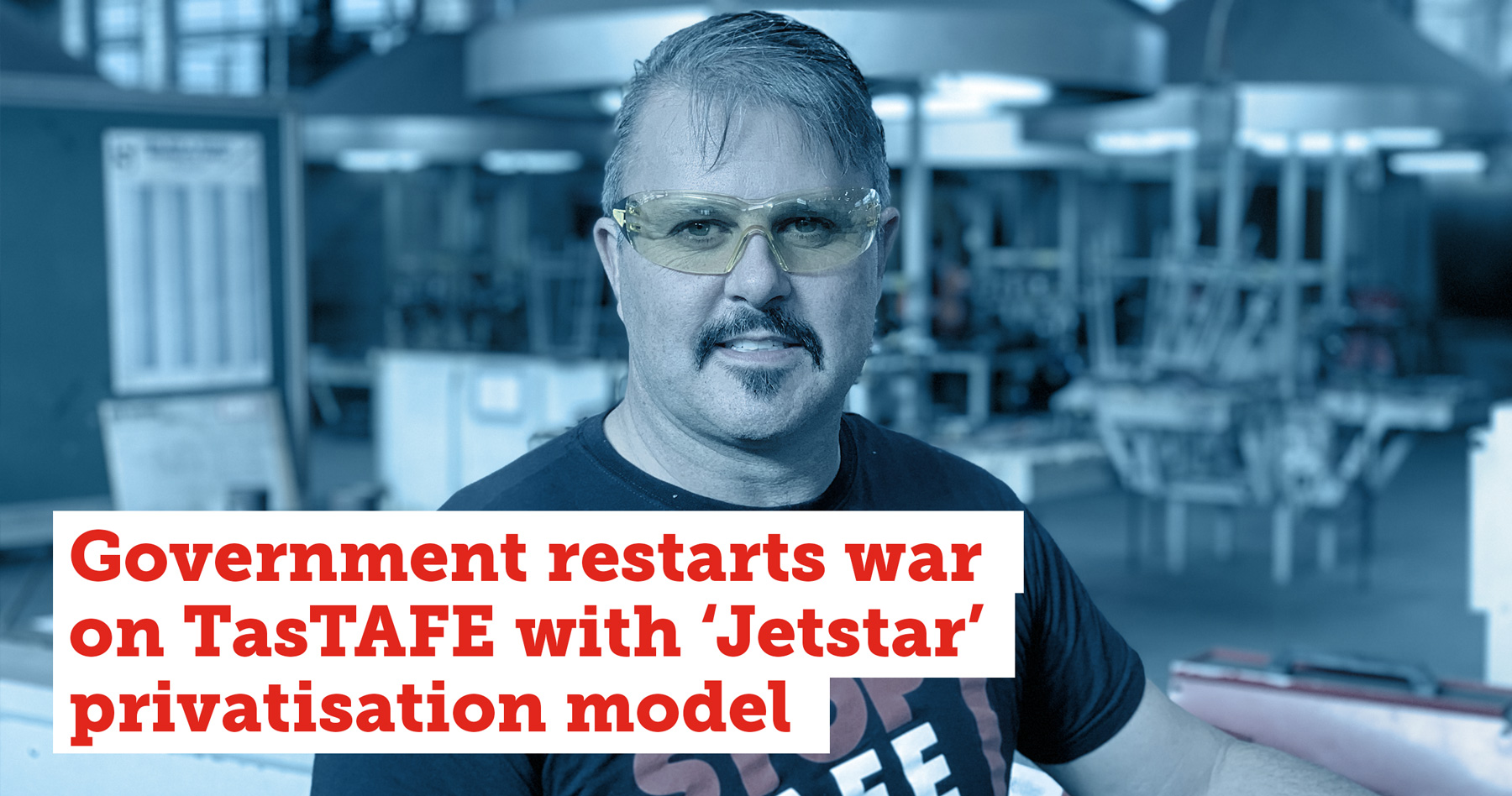 The Gutwein Government is pursuing a confused and baseless attack on TasTAFE teachers and staff who are central to Tasmania’s economic future.

“There’s so much spin in this document it makes you dizzy just reading it.”

“In the one document you have the Government clearly targeting the working conditions and wages of hardworking TasTAFE teachers and on the next page saying they need to improve those conditions.”

“The document talks about consultation, but over five months after announcing they would privatise TasTAFE they haven’t consulted with teachers and TasTAFE support staff or their representatives.”

“Just last week, the Government told us they had no idea what their plan was – you can’t tell me this document was written in the last few days.”

The State Government has included the unchanged PESRAC recommendations announced by Peter Gutwein in March 2021. The TasTAFE recommendations propose privatising the TasTAFE workforce by removing them from the public service and putting TasTAFE management entirely in the hands of an unelected business board with a clear profit motive.

“This is privatisation plain and simple – removing every TasTAFE teacher from the public service and dumping them onto the same employment system as 7-Eleven and McDonald’s is no way to respect highly experienced, qualified and registered teachers.”

“This is a Government caught in their own spin – they say teachers won’t be worse off, but clearly have their holidays and conditions in the crosshairs.”

“This document is a blatant attack on teachers and TasTAFE support staff, it shows utter contempt by calling us ‘trainers’, suggesting we should be deregistered and seeks to employ casual or contract staff.”

“The Premier’s PESRAC attack on TasTAFE was based on a single submission that called for a ‘Jetstar’ model for TasTAFE, and this is the implementation of that ‘Jetstar’ model.”

“You can’t employ 100 new teachers from industries with good conditions and wages by attacking and disrespecting the teaching profession and flagging attacks on their working conditions.”

“The State Government’s plan turns investment in TAFE into dismantling TAFE as our public education and training provider of choice.”

“We should be focused on recognising the great achievements of TasTAFE teachers and students, our dedication to our industries – instead we have a war on the foundation of public education and training in this state.”

“The Government is supposed to be negotiating with us for a new TasTAFE Teachers Agreement – we could get this done in weeks, but their privatisation plan stretches out implementation to midway through 2022.”

“If the Government was able to define the problems they say exist without the spin and contradictions, we could resolve these issues before the end of the year, but they haven’t come to the table with anything yet.”

“I’d love to be talking up the future of TasTAFE with new investment and more teachers, but this document restarts a war on TasTAFE that will be played out in our workplaces and in the Upper House of Parliament.”

“We remain ready to work with the Government to make the improvements to working conditions and operations of TasTAFE we need, but the Government has clearly chosen hostility over level-headed negotiations,” said Simon Bailey.