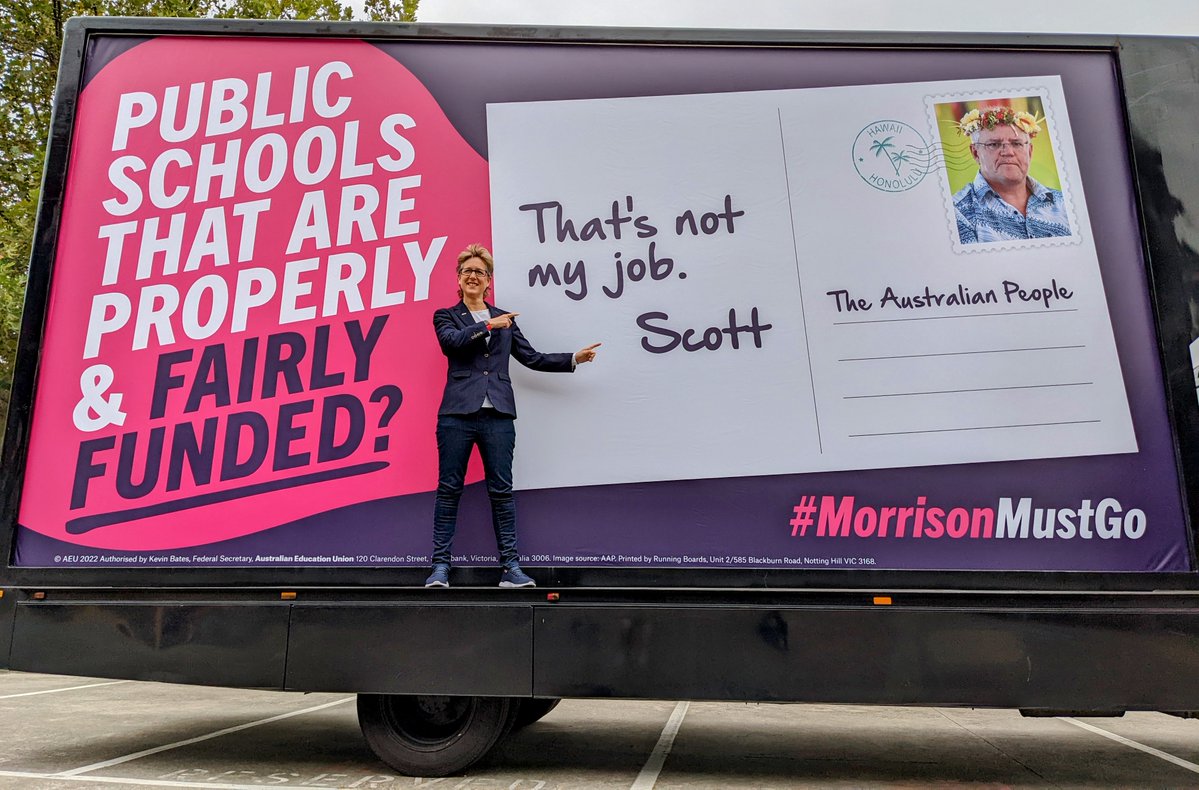 The Australian Education Union is launching a mobile billboard in Ulverstone to kickstart its election campaign demanding full and proper funding for Northern Tasmania’s public schools from the next Federal Government.

Figures released today by the Australian Education Union show that with proper and fair funding from the Federal Government, every public school could employ an average of four (Braddon) and six (Bass) more teachers and provide additional learning programs for students who need extra help.

“Each year, public schools in Braddon and Bass are missing out on $1289, per student in school funding because of the failure of the Federal Government to ensure that every school is funded to a minimum of 100 per cent of the Schooling Resource Standard (SRS),” AEU Federal President Correna Haythorpe said.

“For too long, the Morrison Government has shirked their responsibility for Northern Tasmania’s public schools.

“The current funding shortfall denies public school students, their families and teachers the funding they need to maximise their full potential and thrive.

“This urgent situation will be made worse by Morrison’s $559 million cut to public school funding in the Federal Budget.

“The upcoming federal election is an opportunity to elect a government that prioritises Bass and Braddon’s public schools, their students, teachers and families.”

“The Morrison Government has repeatedly failed our public schools. We cannot afford another term of their callous and deep funding cuts to Northern Tasmania’s public schools,” Mr Wightman said.

“Bass and Braddon public schools provide high quality education to every child, irrespective of their circumstances.

“With proper and full funding, public school students in Bass and Braddon can benefit from more teachers and education support staff, reduced class sizes and specialised learning programs that cater to their individual needs.

“The current funding shortfall in Tasmania’s public schools must be urgently addressed by the next Federal Government.”

The mobile billboard also highlights the Morrison Government’s failures on TAFE. Nationally, vocational education and training and TAFE funding is $8 billion lower since the Coalition was elected in 2013.